A company’s leadership is certainly one of the most important factors in its success. The decisions made by C-suite executives quite literally have million- and even billion-dollar implications for the business.

And without a doubt, Amazon‘s (NASDAQ: AMZN) leadership over the years has been one of the best in business.

If you want to find companies with Amazon-like leadership teams, consider these three qualities that have driven the company’s dominance. 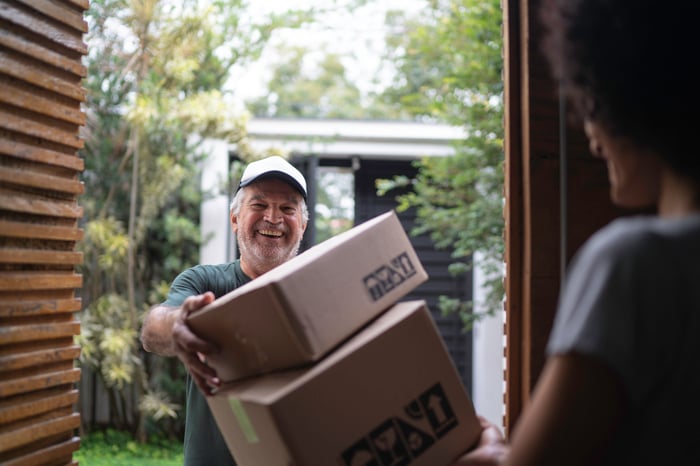 1. A culture of experimentation

Recently, I dove into Amazon’s storied history and unpacked just how important optionality has played in the company’s success. This optionality comes from a culture of experimentation.

In a 2014 interview, founder Jeff Bezos once said, “What really matters is, companies that don’t continue to experiment, companies that don’t embrace failure, they eventually get in a desperate position where the only thing they can do is a Hail Mary bet at the very end of their corporate existence.”

The focus on innovation through trial and error is well-documented throughout Bezos’ many shareholder letters. While many companies claim to prioritize innovation, Bezos recognized true innovation meant there would be big failures.

One of Amazon’s biggest failures was the Fire Phone. The company invested over $170 million into the product in 2014, and it completely whiffed, selling just 35,000 units in the first month after the launch.

In the 2019 shareholder letter, Bezos explained why he’s OK with massive failures like this, saying: “This kind of large-scale risk-taking is part of the service we as a large company can provide to our customers and to society. The good news for shareowners is that a single big winning bet can more than cover the cost of many losers.”

Without embracing potential flops, Amazon would likely have never produced some of its best products and services, like the Echo or Amazon Web Services.

You can get a sense of how much emphasis a management team places on experimenting and innovation by listening to earnings calls or reading through shareholder letters.

Amazon’s leadership team uses a strategy they call “working backwards.” Instead of starting with competitor products or those with the highest margins, they simply consider, “What does the customer want?” and then work backward from there to design exceptional products and services.

This obsession with the customer has driven decades of great decision making by the leadership team. And Bezos has long attributed it as the primary reason for Amazon’s success, saying, “The No. 1 thing that has made us successful by far is obsessive-compulsive focus on the customer as opposed to obsession over the competitor.”

At the end of the day, customers drive revenue, and companies that maintain an intense focus on customer service have a knack for winning over the long run.

Excellent companies are very often led by management teams with ambitious goals. Amazon’s first slogan was “the World’s largest bookstore.” Despite Barnes & Noble taking offense to this and suing the company back in 1997, this slogan represented the grandeur of Bezos’ vision for the company.

He could have used a simple slogan like “the first online bookstore,” but he publicly stated his global ambition even in the company’s early days.

Notice the global theme in the company’s goals. This ambition is critical to achieve even a fraction of the growth and dominance of Amazon.

Another public company with an eccentric (and often polarizing) CEO that has stated very ambitious goals is electric vehicle maker Tesla, led by Elon Musk.

The company’s mission is “to advance the world’s transition to sustainable energy.” With the recent expansion of its “gigafactories” into China and Europe and its industry-leading deliveries, Tesla appears to be executing on this ambitious goal.

Identifying the next Amazon is no easy task as it’s clearly a generational company. But studying this e-commerce juggernaut provides a treasure trove of insights into the qualities shared by other great companies.

When analyzing businesses, look for management teams that embrace experimentation (and failure), have a deep focus on the customer, and are public about their ambitious goals for the future.

Incorporating these qualities into your management analysis can lead you to discover the next market-beating stock.

Our award-winning analyst team has spent more than a decade beating the market. After all, the newsletter they have run for over a decade, Motley Fool Stock Advisor, has tripled the market.*

They just revealed their ten top stock picks for investors to buy right now. Amazon is on the list — but there are nine others you may be overlooking.