“As Bald Head Island grows and expands, one of its needs is more dining options,” Pope said. “We live here and eat at its restaurants and haunts, and there aren’t many of them.”

Since Pope took over Maritime Market 12 years ago, he upgraded its offerings by adding a cafe, catering services, and the island’s only wood-fired pizzas. Side Wok is Pope’s latest effort to provide high-quality culinary options to residents and visitors alike.

While Side Wok currently has a limited menu, diners can find their favorite Asian foods as well as unexpected dishes that are guaranteed to delight, Pope said. There’s pad thai, General Tso’s chicken, coconut ginger curry, crab rangoons, pot stickers, tempura green beans in peanut sauce, and a variety of stir-fries, many of which can be made for vegetarian palates. Plus, all of Side Wok’s dishes are made with the freshest produce and meats, and its soups and sauces are made on-site, according to Pope.

“The menu is filled with incredibly good food,” Pope said. “It satiates the Asian cravings people have.”

Everyone, from tourists to residents to contractors, will get more than enough to eat at Side Wok and will do so at a reasonable price, according to Pope. “The dishes are abundant,” he said. “We don’t want anyone to go hungry. We want them to get an abundance of flavor and an abundance of food. Most will have some extras to take home and eat the next day.”

While Side Wok only offers walk-up orders, there is a large outdoor dining pavilion where customers can dine on-site. “It’s a fun place to hang out and have downtime,” said Pope.

Sike Wok is the latest addition to a handful of new dining options on Bald Head Island, including the new Viv’s Fridge that began operation this month next door, and Midway Coffee and Jailhouse Provision, which opened late last year. 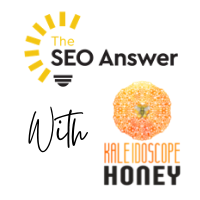 Next Post Babson College Experts on How to Recession-Proof Your